The One-Hour Date: (Don’t) Take Me Out to the Ballgame

The Prince(ss) and the Pea: A Bedtime Story 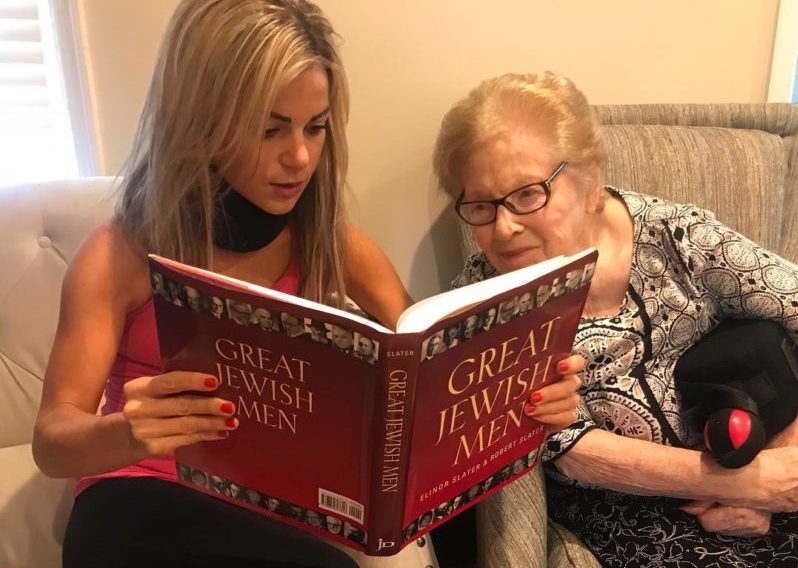 “I feel so lucky to be here with you,” I told my then-boyfriend as our waiter, donning a karate belt and headband, wrapped up a “disappearing chopstick” trick at our table at Ninja Castle. “I never use the word luck because no such thing exists,” my BF told me. “Luck is just when preparation meets opportunity.” In awe over the rose that suddenly appeared out of smoke on our dessert plate, he was clearly a believer of ninja magic – though he apparently did not believe in “luck”. Little did I know that his “preparation meets opportunity” mantra would be repeated so often throughout our long relationship that I gradually conditioned myself to also avoid the luck word entirely. (It was when I realized I also began avoiding another L-word a couple years later that we were doomed.) 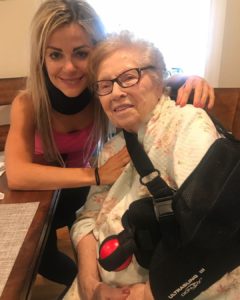 Flash-forward to this past week, which I spent with Nana Roza, my spicy, sassy, stubborn, 4’11”, 94-year-old Holocaust survivor grandmother and the inspiration behind Shabbatness, as she healed from a broken clavicle and I recovered from a herniated disc. (We’re a fragile family, what can I say?!) She couldn’t help but share her endless advice on men and marriage, and I tried to capture as much as I could on my iPhone. At one point, she mentioned the importance of preparation in finding love. (CLICK HERE FOR VIDEO!), and it made me reflect on my ex’s old saying. While I still am not sure I’ll ever understand his sock-folding rules, superstitious Steelers rituals, and obsession with Disney cartoon movies, I have to admit that he may have had a point with this “no such thing as luck” mantra thing.

As someone who has struggled with a self-diagnosed disease known as compulsive Type-A-Control-Freakness since birth, I’ve dedicated my life to being prepared for anything and everything. I’ve always seen preparation as a method of effectively coping with anxiety and fear, whether mild or severe. From planning for inclement weather, to studying for exams, to coming up with alternatives to multiple hypotheticals, I’ve always valued the responsibility of preparing myself to the best of my ability for whatever I can. However, something hit me: without the appropriate opportunity, what’s the use of preparation?! When it comes to finding love, how do we prepare ourselves? Is preparation the most important thing, as my Nana believes, or must it be met with opportunity in order to mean something?

Today, July 29th, is a particularly significant day for me as it is the 8-year anniversary of my move to Manhattan, which also happens to be relevant to this very question. 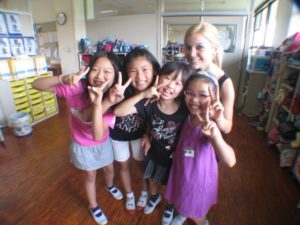 In 2006, I graduated early from undergrad at Georgetown to start my dream job in Atlanta. While my boss practically owned me and I rarely had time to eat or sleep, I couldn’t complain: I got to work with incredibly inspiring middle schoolers every day while traveling the world. I took a fencing class at the Colosseum, hiked to the top of Machu Picchu, and sampled sashimi in Japan. I saved everything I earned to buy a beautiful high-rise condo in the heart of midtown Atlanta and a little red Chrysler Crossfire sports car. Having lost 60 pounds in college, I felt healthy, optimistic, and ready for whatever the future had in store for me. I dreamed of meeting a nice Jewish boyfriend, and I did everything in my power to prepare myself – both inside and out – for a serious relationship.

Flash-forward to four years later: My cute lil’ Chrysler Crossfire had morphed into a crying capsule. I’d sing through sobs to Mariah Carey as I navigated traffic on the Grady Curve. My once-beautiful condo, which had yet to see the likes of a non-blood-related visitor, was a hoarder’s paradise. Since my move to Atlanta, I had joined running and hiking clubs; became a Yelp Elite and checked out cool events; joined a dodgeball team; tried singles kickball; was elected to the Georgetown Board of Georgia; and got on JDate, but I couldn’t make friends or get a date if my life depended on it. As a small-town Southern Jewish girl (a total oxymoron) with a fast-paced, progressive city girl mindset, I just didn’t know where I belonged. I then started spending my limited free time volunteering at the Humane Society, fostering over 40 puppies. (Not all at once! And they were dogs… NOT cats. Big difference!) Late at night, I would bake cookies, hundreds of them, for absolutely no one at all. One night, as I was trying out a new Snickerdoodle recipe, I froze, clutching a fresh cinnamon stick in mid-air. I realized it had been over four years since I had had sex. I was an unintentional born-again virgin. I had become involuntarily celibate.

Cuddling with foster puppies at night couldn’t fill the void deep within my soul. Not having human contact for four-and-a-half years just does something to you. I started looking at the cucumbers in my fridge differently, and I nearly creamed my pants when a coworker’s hand grazed mine as we checked our mailboxes at work. As much as I had prepared myself professionally, it was clear that the right opportunities for me were not happening in Atlanta. Worst of all, I had become incredibly depressed, which meant I was no longer prepared to meet anyone, despite what else I had going on for me “on paper”. As they say: “Insanity is doing the same thing over and over again and expecting different results.” It was time for me to get the hell outta there.

Six months later, on July 29, 2010, my dad and I loaded up a Penske truck, and we hit the road for Manhattan. With a new job, a new home, and a new outlook, I knew I was really ready to meet someone. And I did. In fact, I broke my celibacy streak within 24 hours of my move (thanks, Seth!), and I met a nice Jewish doctor who would ask me to be exclusive over a magical dinner at Ninja Castle just six weeks later.

So, next time you feel that mutual, ninja-magical connection with someone or glance at a blissfully happy couple across from you on the subway, ask yourself this: is there really such a thing as being “lucky in love”?