It was a beautiful Labor Day weekend, and three girlfriends and I were enjoying an afternoon in the Hamptons at Cyril’s (R.I.P.). Soon after we sat down, a guy came over to our table and reached for our fifth unused chair, asking, “Is anyone using this?” He began to lift it off the ground to bring it over to where he was sitting with his friends. “Nope, go ahead,” I said, motioning with my hand for him to take it. Suddenly, he spun the chair back around, sat down, and pulled it up to our table, reaching out his hand, saying, “Oh, great! Hi, I’m Damien.”

It was bold. It was unexpected. And best of all, it made us laugh. He was cool, collected, and just the right amount of confident, without a semblance of creepiness. Waving to our waiter, he covered our round of drinks, and his friends soon pulled up their own chairs to join us for what would be a really fun afternoon. We all ended up keeping in touch, and Damien and I connected back in the city and actually dated for a bit. While a bicoastal schedule ended up getting in the way, we are still friends today, three years later, and I still applaud him for his icebreaker approach that day in the Hamptons.

Recently, people have been asking me for “wingwoman” or “wingman” tips to break the ice (either for yourself or a friend), particularly when it comes to talking to a group of people. In this high-tech world of online and app dating, the art of meeting new people in-person has been lost. Nowadays, breaking the ice in-person takes a lot of chutzpah, especially since so many of us have our guards up. To strike up a conversation, being genuine is key, and being witty and/or complimentary can’t hurt. As Brian Howie, my good friend and host of the Great Love Debate, says, open up the possibility for a conversation with a line — or even better, a question — that a married person would appropriately say. Asking for directions or a recommendation can open the door. Also, one guy told me that he and his friends have a fool-proof method of approaching a group of girls by stirring up a debate: “Hey, my friend and I made a bet about something: he thinks it’s ok to wear brown shoes with a grey suit, but I say no way. Help us?!”

I’m a personal fan of silly word puns. Once, in Starbucks, I ordered a flat white, then turned to the cute guy next to me, smiled, and said, “Hey, you know what they say… you are what you drink, right?” (I am a proud 32A.) Witty icebreakers, open-ended questions, or cheesy word puns don’t always come easily for everyone, but a genuine compliment is super easy and can go a long way. I also believe in the power of a good, solid handshake. Especially if you’re a petite girl like me, a really firm handshake, smile, and direct eye contact can go a long way. Try it!

Yes, I know breaking the ice can be scary, especially when it comes to approaching a group. There is always the risk of rejection, being completely ignored, or worse: receiving a nasty comment in response. I promise it will pass, and you wouldn’t want to meet someone who was downright mean or unable to take a compliment, anyway. The reward could far surpass the risk. As Wayne Gretsky says, “You miss 100% of the shots you never take”.

In honor of this blog entry, I’ve collected a range of icebreakers that y’all have either tried out on someone, or have had tried on you… with mixed results. Read on, and enjoy! Don’t miss the last one, which is a fool-proof one-liner that never fails to get one’s attention — just be ready to back it up with something good!

Used at a friend’s party: “Hey, what are all these people doing here? I thought it would just be the two of us.”

Used on the subway: “Hey, if you see something, say something… and I saw you and couldn’t help but say hi.”

“You have an amazing body. I’d pay for a surrogate for you so you can keep it forever.”

While my hilarious friend who works in I.T. can pull this off, use at your own peril: “Are your pants a compressed file? Because I’d love to unzip them.”

It never hurts to ask for directions, a location,  or a recommendation: “Do you know if there’s a Chipotle around here?”

At Katz’s Deli, ordering a pastrami sandwich:  “I reeeally want to order mayonnaise. Am I going to get killed?”

For an international icebreaker, my friend Megan got this one in Costa Rica, spoken in Spanish: “Hey baby, your body is so hot, it sizzles like a fish in a hot frying pan! Hisssssssss!!!!” 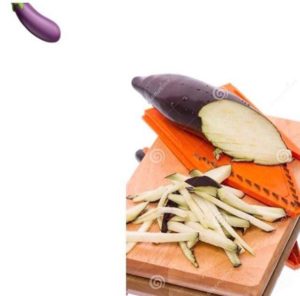 And, finally… the one that has always made me stop in my tracks is:

“Hey! You dropped something!”