Ode to Dad, the Gatekeeper to my Heart: a Special Father’s Day Edition

Ode to Dad, the Gatekeeper to my Heart: a Special Father’s Day Edition 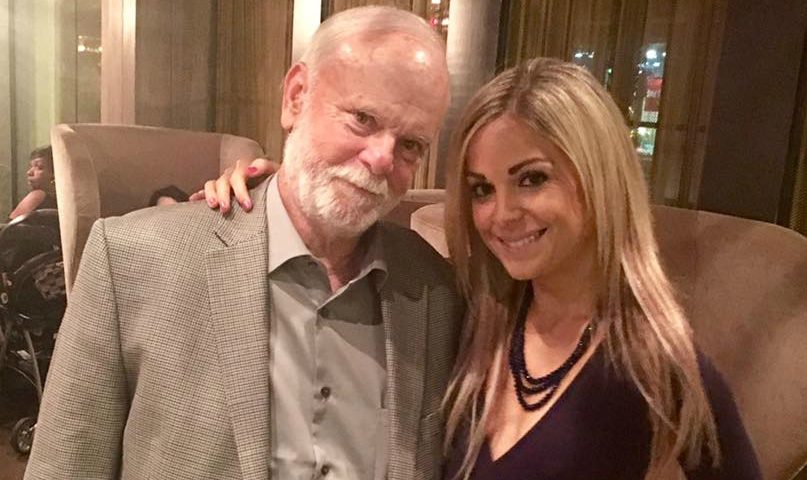 At first sight, my dad doesn’t look too intimidating. In fact, he is often mistaken for a smaller, tanner Santa Claus. Clad in his cargo shorts, a t-shirt from a 10K he ran in the 80s, knee-high socks and sneakers, and a Georgia Tech cap, he spends his days cruising around with my mom in a golf cart, watching the Blacklist (shout out to Aram!), or golfing with his buddies in the retirement community of The Villages, FL. Yes, he may seem harmless when he orders the Rooty Tooty Fresh n’ Fruity off the senior menu at IHOP, but this guy is tough as nails.

Many people have no idea that my dad grew up as an only child to two deaf parents in a rough neighborhood of Atlanta. Born with hearing, my dad was raised with sign language as his first language, and he often served as a translator for his family. He juggled multiple jobs (including the night shift at Denny’s, where he met my mom), and worked his way through school to eventually become a Special Ed deaf teacher, a role he would have for 35 years. He was never late to work, and I can’t even remember him ever missing a day. (Ok, ok, he DID have the summers off!)

Somehow, he found a way to be so engaged and involved in the lives of my brother and me. He tutored us, disciplined us, and played with us, creaming us at Trivial Pursuit with his knowledge of anything and everything. One year, he woke up every weekday at 5 am to drive me to my high school forty miles away so I didn’t have to ride the bus with my ex-boyfriend (cheater!). He also coached us in EVERY sport. In fact, he brought the same “zeal” from his high school football coaching days to my often-disappointing Little League softball games, kicking the dirt, throwing his hat down, and screaming the word “DODE!”, his substitution for all curse words, which were expressly forbidden in our home.  I ALWAYS dreaded having to face him after I struck out at the plate. (“No juicebox for you, kid! Go to your room!”)

That same trepidation I felt at 10 years old as I teetered over to my dad at the bench after missing BOTH free throws at a basketball game resurfaces every time I bring a boyfriend home to meet him. In the past 10 years, he has met 5, and he makes his prediction on our future within ten minutes of meeting. Every man has been charmed by my dad, thinking they’ve passed the test. Within minutes, though, my dad often mimes a neck-slashing motion, which you don’t need to know sign language to know he thinks it’s doomed. I warn every guy that my dad is a Southern man, and he is to be called “Mr. Davis”, even if he is closer in age to him than to me. (Yes, I like ‘em older, what can I say? It’s obviously NOT because I have any daddy issues, ok?!) While I used to think my dad couldn’t possibly know so much from such a brief encounter, he has ALWAYS been right. His predictions of, “I give this one  6 _____ (insert ‘weeks’, ‘months’, or for the truly unfortunate, ‘days’)!” have been eerily accurate. (It’s too bad he doesn’t have the same luck when it comes the state lottery he’s played regularly his entire life.)

While his years of coaching may not have led to much of a future in sports for my brother nor myself, there is no doubt that his relentless work ethic, stability, dependability, honesty, and unwavering love and dedication to his family has shaped us into who we are today. My dad is not just the gatekeeper to my heart, but my friend, hero, advisor, sports AND life coach, as well as the greatest, most important, influential man I have ever known and will ever know.

If and when the day comes when a man asks my dad for permission to marry me (which he MUST DO, OR ELSE!), I will likely be shakin’ in my boots like I did when I had to ‘fess up to him about accidentally breaking one of his beloved model train cars when I was 7 —  but I’ll be so happy, knowing my dad will always want what is best for me. The day my dad walks me down the aisle (granted he actually gives the guy permission) will be one of the greatest moments of my life. I hope to always make my dad as proud of me as I am of him. I love you, Dad!

Happy Father’s Day to you, Dad, a.k.a. Coach Bobby/Mr. Davis/Sir, and to all the fathers, grandfathers, godfathers, uncles, and any and all of the fatherly figures who have played such vital, impactful roles in each of our lives!