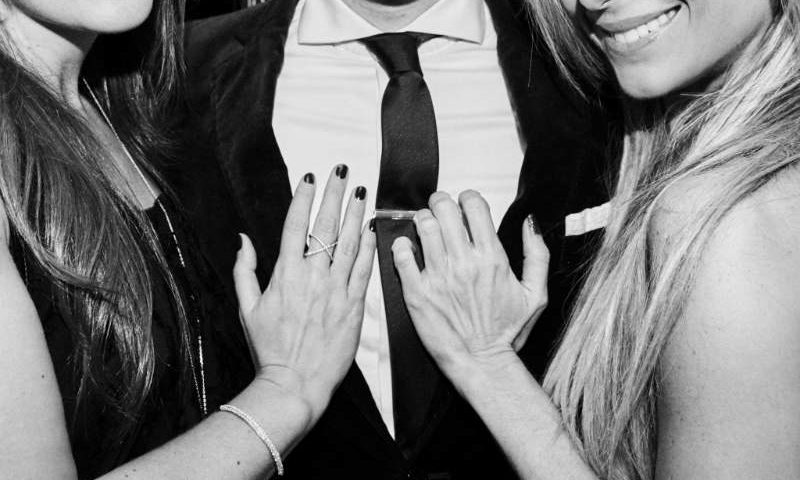 Super psyched to launch my regular feature for Gotham Men’s Club! Check out the first of my “Top Tips” article below, which can also be found on their website here.

Especially in today’s society–despite the fact that we live in an increasingly connected world, it often feels harder and harder to connect with people on a deeper level.

The easy solution is simply to say, “I’m going off the grid. No more online dating–I’m going to meet women in person from now on.”

But walk outside, and you’ll see nearly everyone on their phones.

So where do you start?

It can certainly feel overwhelming.

However, one ambitious woman is attacking this issue head-on–she’s using her knowledge of the NYC dating scene to host intimate get-togethers and essentially play “matchmaker” to singles all over the city.

Her name is Erin Davis–and we were lucky enough to get the chance to sit down and interview her.

And also an image consultant.

On top of that, she got her start in the dating industry when she founded Shabbatness–a not-for-profit organization devoted to bringing Jewish singles together to meet each other and make romantic connections. From there, she naturally transitioned into her current position as a full-time Wingwoman.

Starting all the way back when she was a child, Erin always had a knack for seeing which people around her were compatible. However, she wasn’t always involved in the dating and matchmaking scene.

For a while, Erin put that talent on the back burner so that she could work for HIAS, a Jewish refugee agency. During her time there, she started hosting small dinner parties for her Jewish friends that she thought would work well together.

That very first dinner, a couple met and they got married last year,” she says.

As Erin’s success grew, so did her notoriety. She discovered that no one in the dating business was doing what she was, and that she had a unique skill that could be easily shared with the community.

Soon she decided to leave her job, and join the professional dating world, coming at it from a fresh angle:

Erin believes that face-to-face is always the best option when it comes to finding out if someone is truly compatible with you.

She implements this belief into her work with clients in several ways, including running them through a mock date. She does this in an effort to show them how it should go and also to settle their nerves.

It’s not just about a skillset that I have, but it’s also that you have to have a network,” she says.

She has dominated this niche in the dating business, and so today she has a few tips to share with you.

Here are Erin’s three top tips for single guys in 2017:

1) Plan The Date Around What You Want

Too often, guys get worried about what their date wants to do, so they forget to take their own happiness into account.

According to Erin, dating is a two-way street, so it’s important to make sure that both of you enjoy your time together.

Dating is a fun, new experience and should be treated as such!

So consider your own interests, and plan the date around that.

Is there a new restaurant you’ve been wanting to check out? Or maybe a park you haven’t been to?

If you’re bored by the place you’re taking your date, there’s a good chance your date will end up thinking that you’re boring. In Erin’s words:

[Planning a date around something you enjoy is] kind of killing two birds with one stone. You get a date and you get a really great experience out of it that’s on your bucket list.”

On top of killing two birds with one stone, doing new things together will give you something to talk and bond over, and start the relationship on a fresh note.

2) Throw Out “The Checklist”

A lot of men (and women!) have a list of “musts” that they need in a potential partner–and according to Erin, this can be extremely self-sabotaging.

So it’s time to get rid of that “checklist” if you have it.

Ultimately, checklists are an excuse not to get involved:

Whatever–it just makes giving up and going back to being alone a lot easier.

Both men and women are being this picky… instead of thinking of the ‘checklist,’ it’s better to really, really be open to an energy connection.”

It’s not checking off all those boxes that determines your compatibility with a woman–it’s the feeling you get when you’re with her.

You should meet a woman and be inspired by her. You should just want to integrate her in your life and then build a relationship.”

Start letting your heart lead instead of your brain. As cliche as it sounds, it’s the truth.

One of the most helpful things Erin does for her clients is to go on mock dates with them before their actual dates.

Erin doesn’t do this because she assumes the client has no idea what he’s doing–instead, it serves as a quick and easy confidence booster.

It’s normal to get nervous before a date. Sweaty hands and butterflies are all too common in the dating scene.

Erin makes sure that all these problems are addressed during these mock dates.

I tell them to be interesting, and I’m like, ‘You are a fascinating guy,’” she says.

The key is to not walk into the date like it’s nothing–go home after work and change your shirt. You can’t expect to have an amazing date if you walk into it with pit stains and absolutely zero energy.

But, according to Erin, if you’re in the right headspace and are feeling confident, then your night’s likely to go way better than if you go into it assuming it’s going to go badly.

Check this out!!! Since I started working with Gotham Club, I’ve gotten the opportunity to get together with some great minds in the dating industry, and we’ve developed a guide based on some pretty interesting research. The guide is based on hundreds of somewhat controversial sex & dating studies, including this one that analyzed real Tinder messages, or this one, which hits on the likelihood of same-night sex. We were able to condense the findings into this cool little guide, or “cheat sheet”, so check it out! Excited to be working regularly with Gotham Men’s Club, and looking forward to my next upcoming feature!