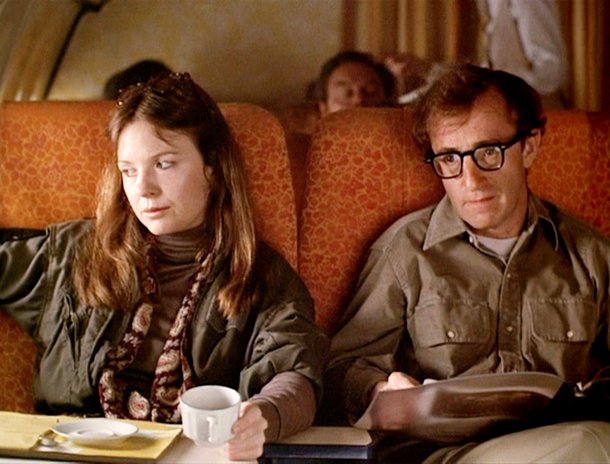 Fifteen years ago, I received the greatest love advice I would ever learn. My Nana reminded me of this simple four-word phrase again this past summer, as I would personally come to understand the wisdom behind the wording:

Love is not enough.

Hearing these words is one thing. Experiencing them is another thing entirely. When I was younger, I never understood how or why two people could love each other yet decide to no longer be together. Didn’t people break up because they were both no longer in love with each other? I’ve learned as I’ve gotten older that break-ups are often far from black-and-white and rarely occur because of one easily definable thing.

The day a future no longer seems possible with someone, it’ll end. Most often, it happens subconsciously and gradually. Woody Allen as Alvy Singer captures it perfectly in the movie Annie Hall: “A relationship, I think, is like a shark. It has to constantly move forward or it dies. And I think what we got on our hands is a dead shark.” 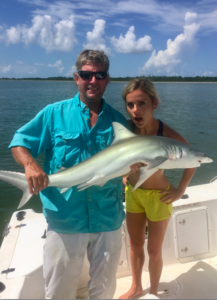 This past summer, I also had a dead shark on my hands, and I’m still going through the painful process of dealing with something that does — truly — feel like a death. In fact, break-ups can feel even worse than death in this era of social media: being able to see what our ex posts and tweets while we simultaneously struggle to portray nothing but positive, FOMO-inducing posts of our own is the warped reality of this modern world we’re living in. People think today is the hardest time to find a relationship; well, it’s also the hardest time to break-up.

When I experienced my first earth-shattering heartbreak at 21, things were quite different. When it came to being with my younger, 18-year-old Italian stallion boyfriend, I lived in the moment. (And, fortunately, that moment didn’t include Twitter or Instagram). Spring break or holiday break was the extent of our future planning. Post-graduation never crossed my mind. Had it, and I wouldn’t have stayed with someone who disapproved of my religion or whose parents despised me. (Ok, so maybe I did seduce their son as his R.A.). But I really thought love conquered all.

Once I got older, I truly began to feel time as finite. And it affected how I approached dating and partnership.

Love is not enough, and I now can’t say it enough. There are things in a relationship that may be absolutely insurmountable in the long run. These things, which are different for everyone, creep up on us over time, though they were often present in the very beginning — we’re just too obliviously head-over-heels to notice. (Check out what I have to say about “delayed dealbreakers” HERE.) If only it were as easy as knowing what these things are, being on the lookout for them, and nipping ’em in the bud. Alas, we are ever-evolving works in progress, and we also can’t live looking for problems before they even arise. On the other hand, maybe we do know what things are worth leaving a relationship with someone we love, but it doesn’t make us end it. Love, particularly the lust and endorphin rush that propel a relationship in the beginning, clouds our minds. Over time, that cloud lifts, and we begin to see more clearly. Sometimes, we wish we could put on sunglasses, or worse, just choose to close our eyes. No wonder where the “love is blind” saying comes from!

As it often happens — and as it has happened in my own personal experiences — there is eventually a straw that breaks the camel’s back (which is a particularly symbolic proverb, based on what happened to me — as you will soon find out). So, that straw could be something as crazy as being detained in an Egyptian prison, or something as simple as hanging a loofah in the wrong spot (read more about that HERE), that opens those eyes and hits you like a Category 5 hurricane. (If my parents were meteorologists, they’d have accurately predicted this storm hitting in all of my previous relationships… and I’d have chosen not to listen to them as I think so many of these storm predictions are secret schemes to raise Home Depot’s stock. Ok…I am SO veering off track with the metaphor here!).

So, here I am, a dating coach who is ready to listen to my own advice for the first time. You know what they say: A barber can’t cut his/her own hair, right?! Well, I’m grabbing the scissors and giving it a shot. I am often hired to help coach people through break-ups, and I want to share some advice that I’ve found to truly be helpful, especially now that I’ve been trying it out myself. This is not your typical “go get a pint of Ben and Jerry’s” or “go out dancing with your BFFs” advice; rather, it’s based on my belief that combating the senses is crucial in helping to move on. When it comes to hearing, seeing, tasting, smelling, and touching, it’s important to eliminate as many triggers as you can in each category, while employing effective replacement tactics to help forge new associations and memories. I hope the tips below are helpful to you or someone you know!

Now that you’ve taken some concrete sensory steps, here are a few DOs and DON’Ts when it comes to moving on with dating: 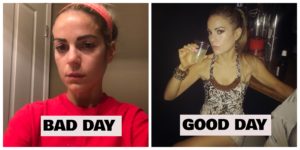 Having concrete steps to help in the recovery and moving on process is truly empowering. There will be good days and there will be bad ones, and there will be times where we take two steps forward and one step back — but the most important thing is to keep going.